Apple Answers to The FCC Regarding Google Voice

Apple Answers to The FCC Regarding Google Voice 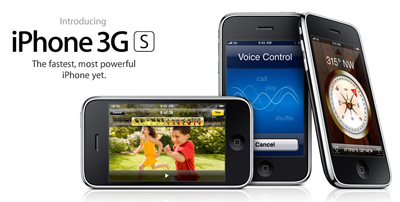 Apparently there was some controversy regarding the Google Voice app that Apple did not authorize to put on the Apps store. There were numerous other applications that try to take advantage of the cellular data network to place voice calls, rather than using the regular voice call network (which is limited in airtime, of course, to the users).

It’s not the case in Canada but in the US, most iPhone users enjoy unlimited data through the AT&T network, which really enables iPhone users to get the most out of their smartphone without restrictions. And as you know, cell phone companies most often allocate a few hundred minutes for you to talk each month, and extra usage is charged at however many cents a minute. So this obviously presents a problem: If a VOIP system makes its way into an iPhone app, that means that AT&T will no longer have any significant revenue for voice calls from iPhone users. All talk will be done through the data network anyways.

This is a very interesting dilemma. From a strictly technological point of view, eventually, all voice calls, as well as tv signals and all that, will be transferred through a digital data network. No question about it. So the existence of the Google Voice App, which essentially turns the data network into a voice call network, is a stride towards the future. However, putting aside the natural “anti-corporation” sentiment that most of our modern population has come to adopt, AT & T needs to make some money too, and if by selling iPhones, their revenue goes down in other areas, it’s not a wise business decision.

When Apple rejected the Google Voice application, I’m guessing Google took the issue to the FCC and complained. Rightfully so – their new app, which obviously took a considerable amount of effort and money to build, was simply refused to be put on the shelves (figure of speech – they don’t actually have a single shelf) of the Apps Store by Apple’s decision (and as Google insinuates, a decision influenced heavily by AT & T as well). But from Apple’s perspective, why should they simply allow all VOIP applications? After all it is their product and their intellectual property. And they know that AT & T needs to make money too. Nothing wrong with that either.

Here’s the link to the page which discloses Apple’s answers to the FCC’s inquiry regarding the issue.

And now. Here’s my analysis of some of the questions and answers.

Answer: Contrary to published reports, Apple has not rejected the Google Voice application, and continues to study it … it appears to alter the iPhone’s distinctive user experience by replacing the iPhone’s core mobile telephone functionality and Apple user interface with its own user interface for telephone calls, text messaging and voicemail … In addition, the iPhone user’s entire Contacts database is transferred to Google’s servers, and we have yet to obtain any assurances from Google that this data will only be used in appropriate ways …

Let’s break the answer down. “has not rejected, but continues to study it” essentially is a glorified way of saying “We don’t want it on the apps store”. It’s an excuse. To the explanation that Google Voice greatly alters the original functionality of the phone, it also appears to be an excuse. The whole point of having an open API was to allow more developers to chip in their bit to get more stuff on the iPhone. If each user chooses an application, they are also willingly choosing to improve or change the way they use their handhelds. The flexibility was part of the attraction of the iPhone when it was first released.

Question 2. Did Apple act alone, or in consultation with AT&T, in deciding to reject the Google Voice application and related applications?

Answer: In short, Apple said no, they acted alone in this decision.

This is probably untrue, although hard to prove. And pointless to prove. I think it’s pretty clear what the motivation was to disapprove this app – to prevent AT & T from leaking revenue. They obviously won’t say “We wanted to make sure AT & T, the provider, doesn’t lose out on revenue” even though it’s a true statement, and quite frankly, nothing wrong with it – I’m not so full of bitter resentment towards the “big guys” so to speak. I respect that they should make money and protect their assets, and I wouldn’t have done anything differently had I been the decision maker. And I would have given the exact same answers.

Further in the document, when inquired further about other VOIP applications that were rejected or approved, Apple lists a few others that were rejected. And among the approved, is Skype. One thing to remember about Skype is that calls between Skype usernames are free, but calls from a Skype account to a regular number is still billed by Skype. So in that sense, it’s not much of a threat to AT & T in terms of voice call revenues. So the fact that Apple allowed Skype does NOT demonstrate that they are willing to allow the iPhone to open up phone calls freely through the data network.

Corporate feuds like these are always entertaining to me. Your two cents?